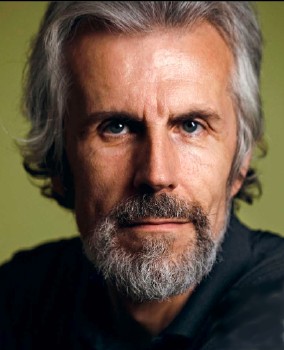 Francis Heylighen received his PhD in theoretical physics in 1987 from the Free University of Brussels  (VUB). After his PostDoc there he become first a Senior Research Associate, then a research professor.  He then created the Evolution, Complexity and Cognition research group and the Global Brain Institute, which he both directs. The main focus of his research is the evolution of complexity: how do higher forms of organization originate and develop? How do systems self-organize, adapt and achieve some form of cognition? He has worked in particular on the development of collective intelligence or distributed cognition, and its application to the emerging "global brain".

His work has received a wide international recognition from peers, students and the general public. This is shown by such indicators as his H-index (49), the number of citations of his work (over 8000) in the Google Scholar database of academic publications, and appearances in the national and international media. He is a Fellow of the World Academy of Art and Science, member of the Global Agenda Councils of the World Economic Forum, recipient of the 2015 Outstanding Technology Award from the Web Intelligence Consortium and his biography has been listed in Who's Who in the World, Wikipedia, and other international directories.