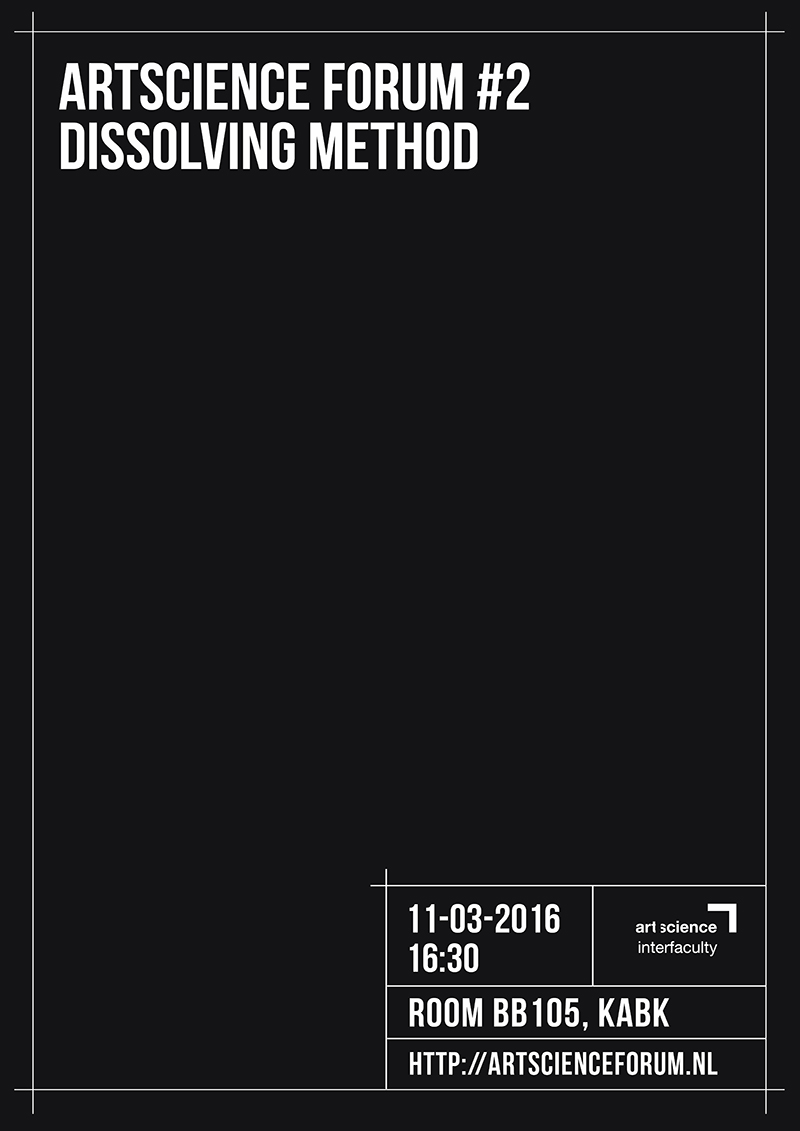 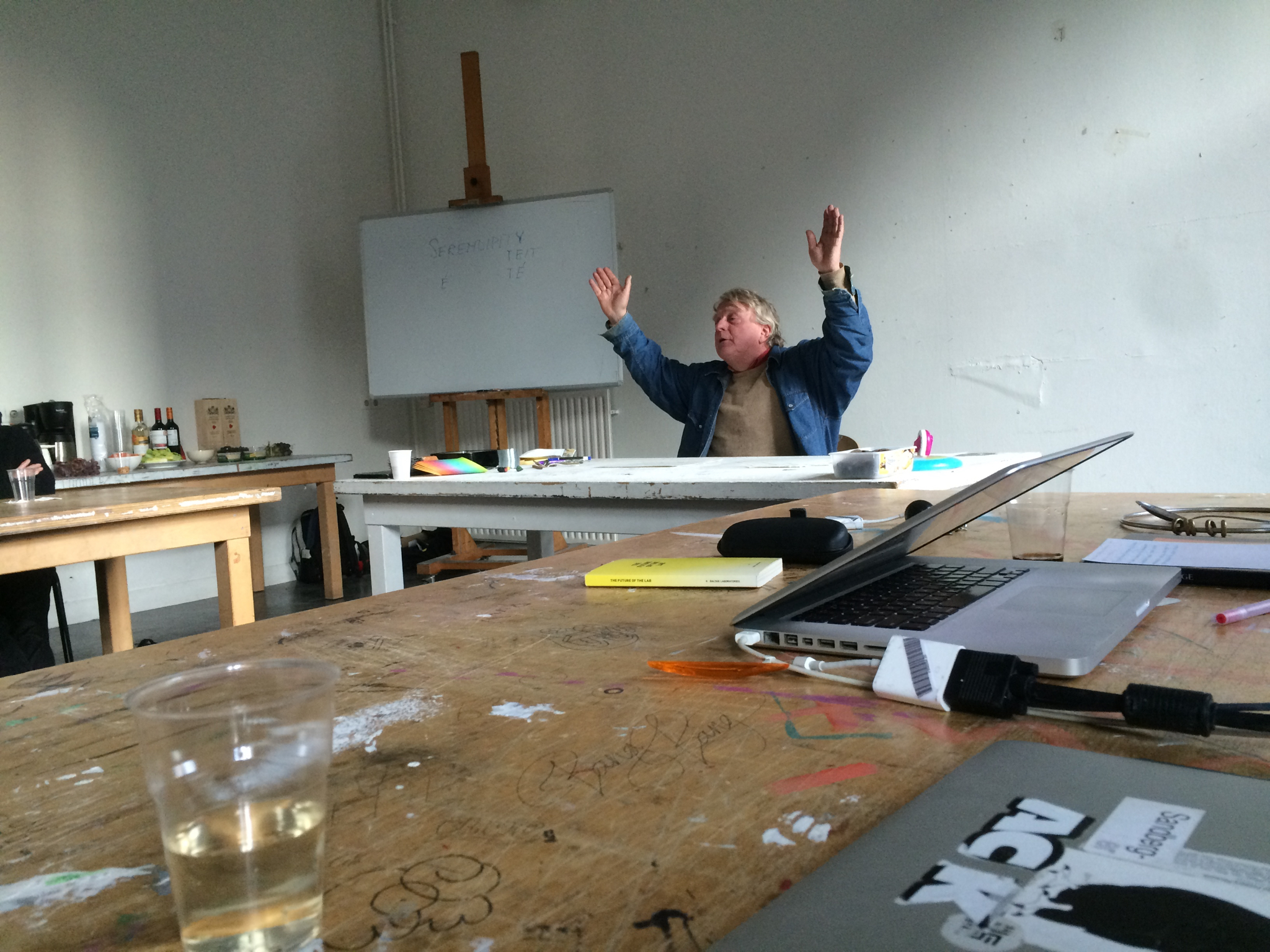 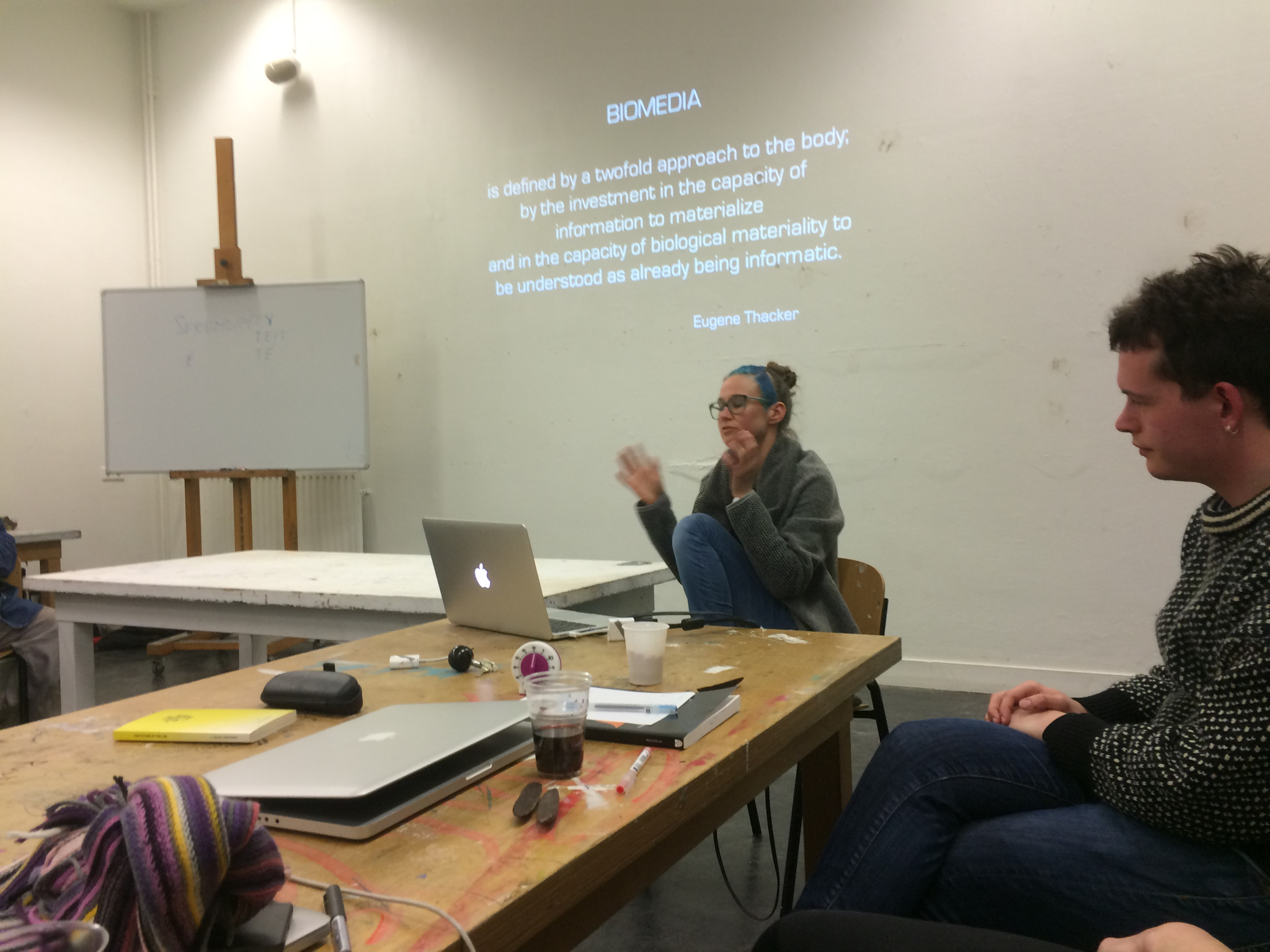 The first ArtScience Forum; The Nature of In-Between, was an exploration of positioning. We attempted to calculate our position on the imaginary horizon between art and science, metaphorically encapsulated by our graphical depiction of a sextant. Placing ArtScience practice as the other settled in-between, we asked the question – where is ArtScience possible and is this kind of absolute hybridity admissible? In our second Forum we will proceed by asking – how is it possible? What are the methods, motivations and contexts which this hybrid, interdisciplinary practice tends to assume?

The mythologising of a scientific method and its hyper-rationalist dream of being the absolute source of an absolute truth, has greatly impacted our societal organisation and scientific practice itself. While this methodology works (to a certain extent) it's narrowness and self assurance overshadows the fact that in science, just as in art, anything is possible by means of any method.

It is all to easy to say that arts greatest gift to science is to infect scientific processes with lateral reasoning. This was brought about in the first Forum through reference to Roy Ascott’s stance that science should act as benefactor for arts, and not vice versa. Positioning arts with its low probability reasoning and simultaneously high potentiality, as a vanguard to science does not imply a degradation of scientific culture. Rather, it provides and preserves the freedom long fought by artists across centuries, lending its playful approach to the rigour of science.

In light of various exchanging methodologies between the two cultural fronts, we have to wonder – why should science incorporate a different, less-strict method, namely that of the arts? Why should it use art to reinforce its way of working, when it is innately capable of laterality? Conversely, why should artists engage in ‘lab work’, scientific research and ‘non-artistic’ fields in general, where the efficiency and purposefulness of work is constantly brought into question?

The second Forum, Dissolving Method, aims to look into the questions above in more depth with two speakers of note who will share their own personal experiences and perspectives. Pek van Andel, a medical researcher and serendipitologist and Špela Petrič, scientific researcher and intermedia artist, both situate their practices on the fringes of their respective disciplines. With them, we will inquire into methodological uncertainty, concurrently bringing in focus contingency and spontaneous order.

However, the practical reality of our situation is that we are living in a society which values assurance, Assurance which is borrowed from and re-enforces an ideal of a high probability scientific method where outcomes must be foreseen, papers must be published, methodology must be rigid, funding cannot be given to individuals who embrace play as method (or anti-method). It is because play often neglects outcome, and without outcome there is no function, without function there is no money. Assurance acts as a defence mechanism to protect us against the fear of uncertainty in an age where economic crashes destabilise nations.

But this certainty can not be anything but provisional in terms of vast networks in which we operate and find ourselves in today. As applied mathematician Steven Strogatz explains in his book Sync, we haven’t yet reached the understanding of non-linear equations, which would need to be solved in order to have complete control or overview of a DNA chain, dynamics of complex electric grids and economic markets or Web and social relations for that matter. There are too many variables and inherited randomness (as well as synchronicity) which we are yet to grasp. The uncertainty which we averse to is finally and fundamentally embedded in the high-probability reasoning or rational and vertical thinking. Interestingly enough, ArtScience practice came to prominence exactly with the rise of the colossal networks and non-linear dynamics problems in science, in the past few decades.

It is arguable that as art seeks to strengthen its relations and reflect upon the other explicitly (the other being politics, ethics, social issues and science), all it does is embed this societal wide notion of assurance in itself. Reflecting the high probability idealisation of the ‘scientific method’, by creating functions for itself. It could be argued therefore that there is nothing more conservative in these times than explicitly attaching function to ideas. We are moving away from curiosity, serendipity and play rather than towards it. If science always murders, as Jean Baudrillard notes, then art is involving itself in its own suicide?

Perhaps this is necessary however? The combination of art and science (in some of its proliferations) is at the forefront of this suicidal impetus. Maybe this impetus is playing a crucial role in understanding what art and science could be in the 21st century?