Royal Academy of Art, The Hague 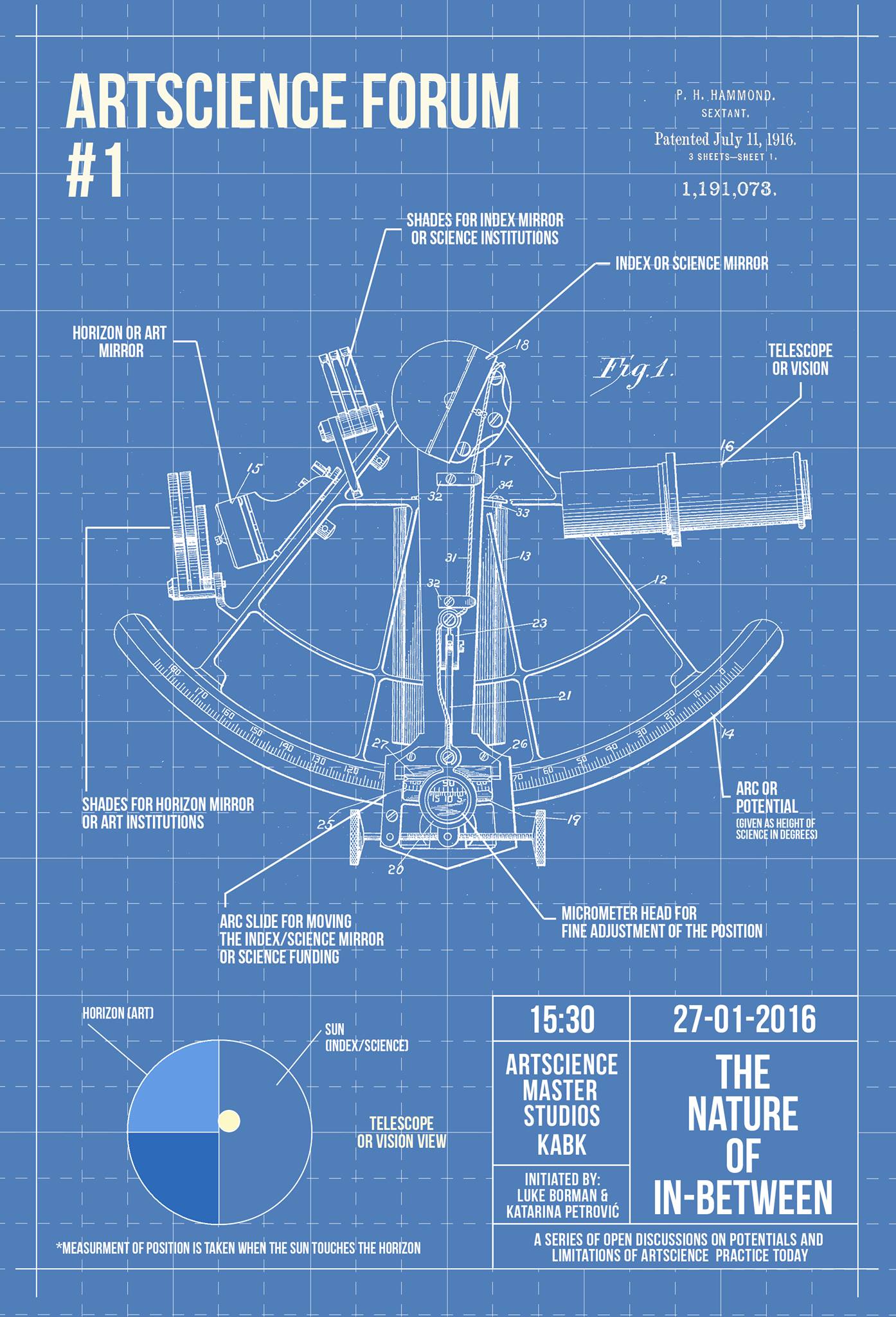 THE NATURE OF IN-BETWEEN

Edwin van der Heide, artist and researcher in the field of sound, space and interaction; one of the directors of the ArtScience Interfaculty

The first session of the ArtScience Forum; The Nature of In-Between, was devised as a way to initiate an open discussion on the topics of ArtScience practice. The purpose of this discussion more specifically was to analyse the field in general and in the context of ArtScience department as it stood at that moment.

Our speakers were Edwin van der Heide and Eric Kluitenberg – both of whom are closely related to the ArtScience Interfaculty. They provided us with an analysis of the historical events, visions and outlooks that have driven the ArtScience department towards its current position and gave us an overview of ArtScience as a field; with details of how this field has grown, its current diversity and potential limitations.

“The thing that I see with all these ArtScience initiatives, is that they are blossoming all around the planet, in many different forms. So, we see a lot of diversity but very little coherence, which is a problem…"

“If so many different approaches co-exist under this term ArtScience.. then the big question is, what do we do with them?; How do we put boundaries on it [as a field]?, Where do you position yourself?, what does this mean in terms of future developments? One of the things you often see is that such a field can very quickly “overheat” , and then suddenly everybody loses attention because it was all just a fad but I don’t think it is a fad, there is something significant going on, but it needs much more critical thinking than just simply saying this is what it is, because you see from this overview that you can't say what it is.”

Retracing the complex history of art and science interactions inevitably leads us to begin a revision of ArtScience as it stands in the present. In modern times (and most notably today), the hybridity which presupposes interactions between the two poles of art and science has perpetuated a distinct discipline which lies in-between; it is not neither nor simultaneously both, but other.

This implies that ArtScience as a field is in the process of reconstituting itself, crystallising itself as a pole in its own right. Subsequently, as we begin to investigate the opposing historical trajectory of how exactly Art and Science became separate and distinct cultures; with their own institutions, histories, vocabularies, methodologies and funding processes – we came to terms with their socio-political implications and their susceptiveness to ideological instrumentalisation. This proximal investigation is essential in enabling us to dismantle and rearrange the boundaries embedded in the development of both disciplines.

The Nature of In-between investigates aspects of ArtScience practice often neglected in the historical overview of any of the two practices. Our argument is that both have never been truly separated from one another and that they have always been nurturing each other’s expansion and understanding. In this view, we offer room to imagine the ‘three’ culture discourse anew and today’s renaissance wo/man as the central figure capable of incorporating and superseding both Art and Science.

The starting point for our rethinking of the potentials and limitations of ArtScience will begin by acknowledging the social and economic difficulties standing in the way of a third culture reaching its absolute potential. Furthermore, the notion that the work of re-contextualisation of art-science practice could be based on individual activity, rather than the institutional framework, generates a path of re-thinking the potentials and limitations of academia and the possibilities of creating a truly hybrid discipline within the institutional bounds.

Listen to the full audio recording of the first forum online: